Charges pressed against perpetrators in a probe into attempted murder in Moscow subway
08 October 2021
21:00
1
print version

The Central Office of the Investigative Committee of Russia continues investigation of a probe into attack on a young man in Moscow subway. Based on the evidence collected by the Main Investigative Department, three persons involved in the criminal case - Magamaali Khanmagomedov, Ibragim Musalaev, Hasan Zalibekov, were charged with committing crimes under Part 3 of Art. 30, part 2 of Art. 105, part 1 of article 318 of the Criminal Code of the Russian Federation (attempted murder; threat of violence against government officials).

According to the investigation, on October 4, Khanmagomedov, Musalaev and Zalibekov, while in the carriage of the Moscow metro train, spoke obscenely towards the women present and threatened to use violence against them. A young man nearby reprimanded them and asked them to stop the hooliganism. After that, the defendants began beating him. When the victim fell to the floor, Khanmagomedov and Musalaev continued to deliberately kick him on the head in order to inflict death. Zalibekov shouted to the passengers nearby that if someone tried to help the victim, he would also be severely beaten.

After committing the crime, the accomplices tried to flee the scene, but were apprehended by police officers outside the station. At the same time, one of them tried to inflict bodily harm on law enforcement officers with the blade of a clerical knife, and the other sprayed the contents of a pepper spray in their direction.

Within the framework of a criminal case, witnesses of the incident are being interrogated, the necessary examinations are appointed, other investigative actions are being carried out. 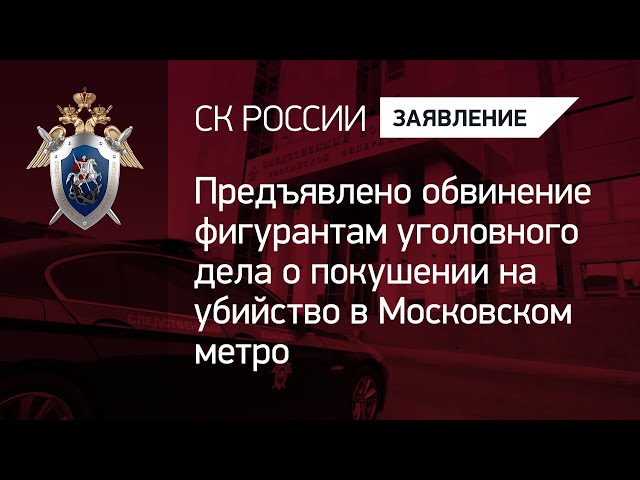